Marketing horror films is like selling candy to children, isn’t it? It doesn’t matter how old, cheap, obscure or poorly-made a horror film is, people will still watch it.

Well, that’s true – but it shouldn’t be underestimated because, while musicals, westerns, war films and even romantic comedies have come and gone, horror films have always been there, always popular and always relevant to generation after generation of film-goers. That isn’t by accident, that’s by marketing.

So, are horror films always profitable? Stephen Follows has done some extensive research into this and has shown that, between 1996 and 2016, 53% of the horror movies released probably made profit (‘probably’, because Hollywood accounting is notoriously secretive). 53% might seem low – until you realise that that’s a higher success rate than any other genre!

Therefore, horror movies are – more often than not – profitable. Why is that? Marketing! So, what lessons can marketers learn from the way this most reviled, yet most consistently successful of genres is sold to the world?

#1 Make it an experience

Early on, the distributors of horror movies realised that a great way to drum up business was to make their film an event. Make it literally unmissable. It was not unusual for the entire cinema facade to be decorated with imagery from the film. Take, for example, the 1933 Universal film ‘The Mummy’. 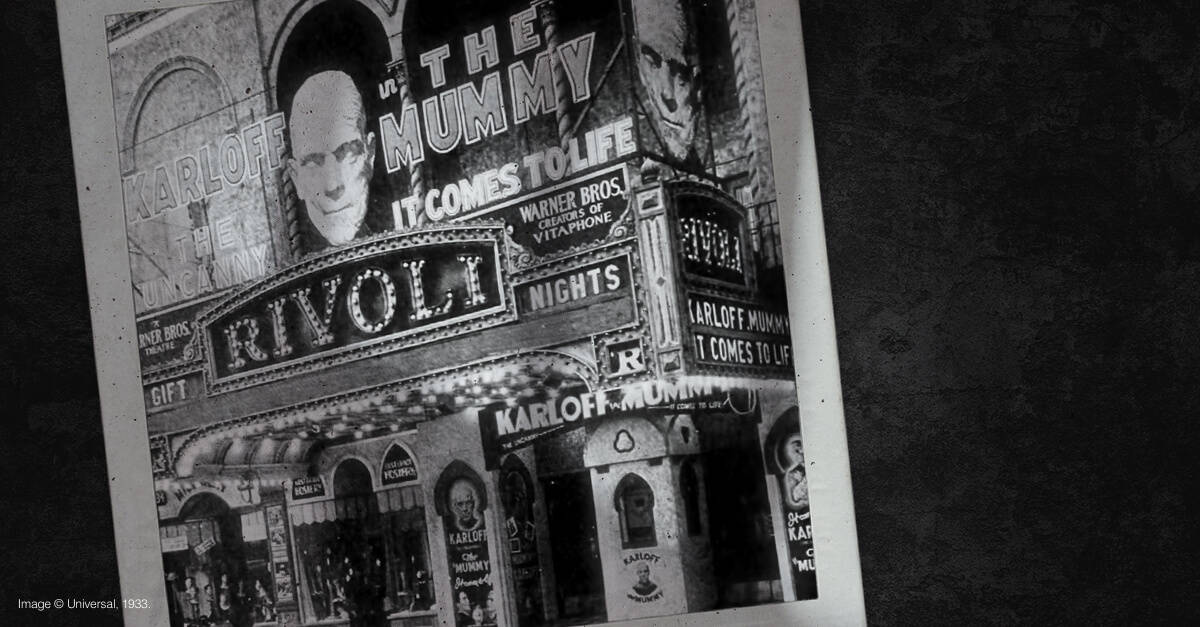 They rigged-up speakers pumping out music and dialogue from the film. They would hire actors, dress them up in the Mummy costume and have them roaming the streets, moaning and looming over people. They made a real event of it!

In the 1950s, the producer and director William Castle understood that making a horror movie an experience was a great way to draw people away from the televisions that were impacting on ticket sales. His 1959 film ‘House on Haunted Hill’ finished with a skeleton rising up from the dead – at which point a glowing skeleton was dropped down on wires and swooped over the heads of the cinema audience.

These gimmicks didn’t necessarily make the film scarier – but they made the experience of seeing it more enjoyable.

Nowadays we call these kinds of immersive techniques ‘4D Cinema’ – which can involve releasing scents or smoke, flashing lights, altering temperature, even blasting air or spraying water at poor, unsuspecting punters. All of this is very distracting, of course; but the point is to remind you that you’re having a real-world experience that you can’t reproduce at home.

It’s possible that more of this will happen in the next couple of years as the entertainment industry tries to coax people back out of their houses into a (hopefully) post-COVID world.

#2 Make it easy to merchandise

Horror movies lend themselves particularly well to cosplay, and there are any number of monsters and homicidal maniacs that people will happily dress up as, especially (but not exclusively) at Halloween.

These identifiable monsters are a big part of the enduring appeal and the marketing of horror movies. Most horror movies, therefore, have their villain or monster front and centre in their marketing. This, then, lends itself to merchandising toys, posters, costumes, t-shirts and, of course, masks.

Masks are always a big seller (even before COVID made them a de rigueur face covering) so the fact that so many horror movie monsters wear masks is no accident. The ‘Scream’ franchise, for example, missed an opportunity upon the initial release of the first film, in 1996, because it didn’t feature the mask worn by the killer in its marketing. That was certainly an oversight which was corrected from then on, leading to the Ghostface mask being one of the most worn, parodied and recognised intellectual properties of the late 90s.

When Warner Bros. released ‘It’ in 2017, they also licensed a mountain of official merchandise which could be purchased in the official Pennywise shop. While the film made a staggering $700 million, worldwide, they made almost $300 million more just on the merch. And, of course, everyone wearing a Pennywise t-shirt or even carrying a red balloon was also helping to promote the film. 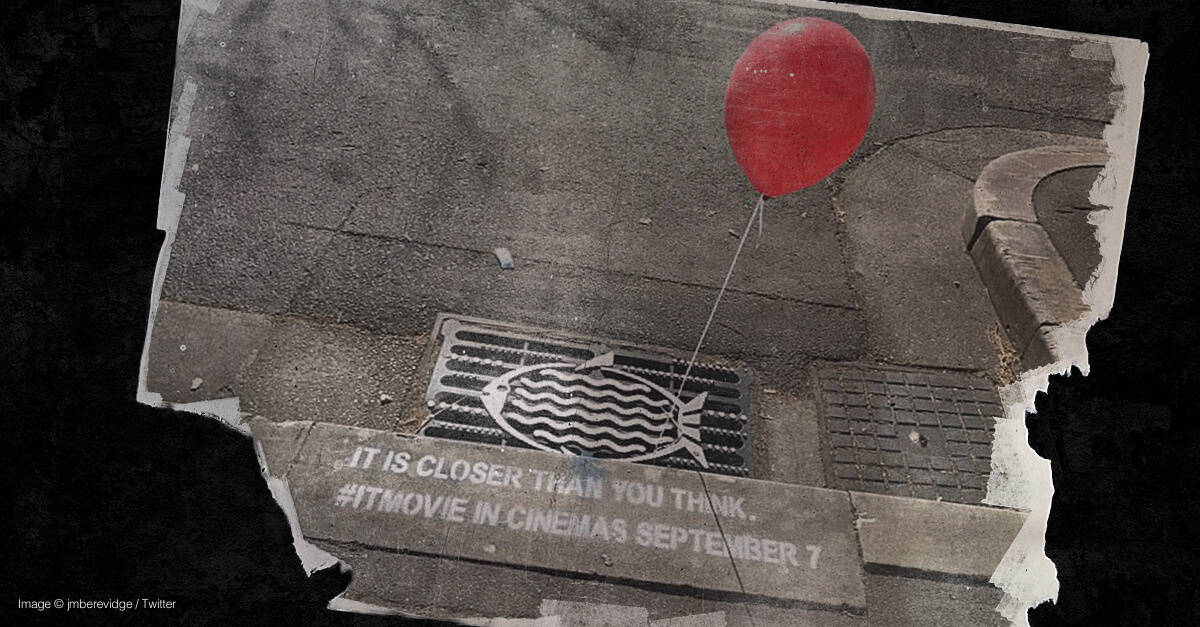 All of which was heralded by marketing campaigns which traded, almost exclusively, on the likeness of the clown, Pennywise, and weaponised his trademark red balloon. This culminated in red balloons being tied to sewer gratings all over America which, in turn, led to the inevitable social media and press coverage. When it came to marketing the follow-up film ‘It Chapter 2’, the same balloons even began to appear in the video game Fortnite, showing some very canny targeted marketing from Warners.

The TV show ‘The Walking Dead’ couldn’t have arrived at a better time. Since the millennium, zombies have become an ever-more popular horror trope. The zombie holocaust is an entire generation’s apocalypse of choice.

Comic-book writer, Robert Kirkman, tapped into this zeitgeist when he created his zombie comic, ‘The Walking Dead’, a post-apocalyptic soap-opera with occasional zombies. The film-maker, Frank Darabont saw the potential in this to become a TV series and the rest, as they say, is history. That was creators tapping into an appetite that was already there in society.

Jordan Peele did something similar when he reclaimed the horror genre for a black audience, with his films ‘Get Out’ and ‘Us’. Both are genuinely scary horror films and both have politics and social conscience through to their bones. Peele realised that, in a culturally diverse and (hopefully) more socially aware society (or ‘woke’ as American commentators call it), film fans of colour hadn’t really seen horror movies that featured heroes who looked like them. He did a great job with his movies, but he arguably did as good a job of picking his moment.

When director Leigh Whannell was hired to reboot the old Universal horror movie ‘The Invisible Man’ he, too, wanted to make it relevant to a contemporary woke audience. Consequently, the film is very deliberately pitched at the post #MeToo audience. Therefore, the main character in this new take on ‘The Invisible Man’ wasn’t the titular character but, rather, his abused wife. The film says that abusive, entitled white men have been invisible in society, now they aren’t.

Catching a wave of popular sentiment propelled all of these horror stories to success.

A showman like William Castle wasn’t frightened to do things which no other director had tried. He thought outside the box in order to get people inside the cinema.

Possibly inspired by Castle, when Alfred Hitchcock released his own out-and-out horror film, ‘Psycho’, in 1960, the shameless self-promoter put himself on the film’s poster – something which no other director had ever done – telling people that they had to be there from the beginning to avoid spoiling the film. Up to that time, it was common practice to let people wander into the cinema at any point during the performance and to let them stay all day, if they wanted. Hitchcock insisted that people were only allowed in at the start and that the theatre should be emptied between screenings.

This ensured that people who wanted to see the film twice had to pay twice. Of course, that’s the method that all cinemas employ these days, but it was revolutionary back in 1960. It was also a marketing coup. 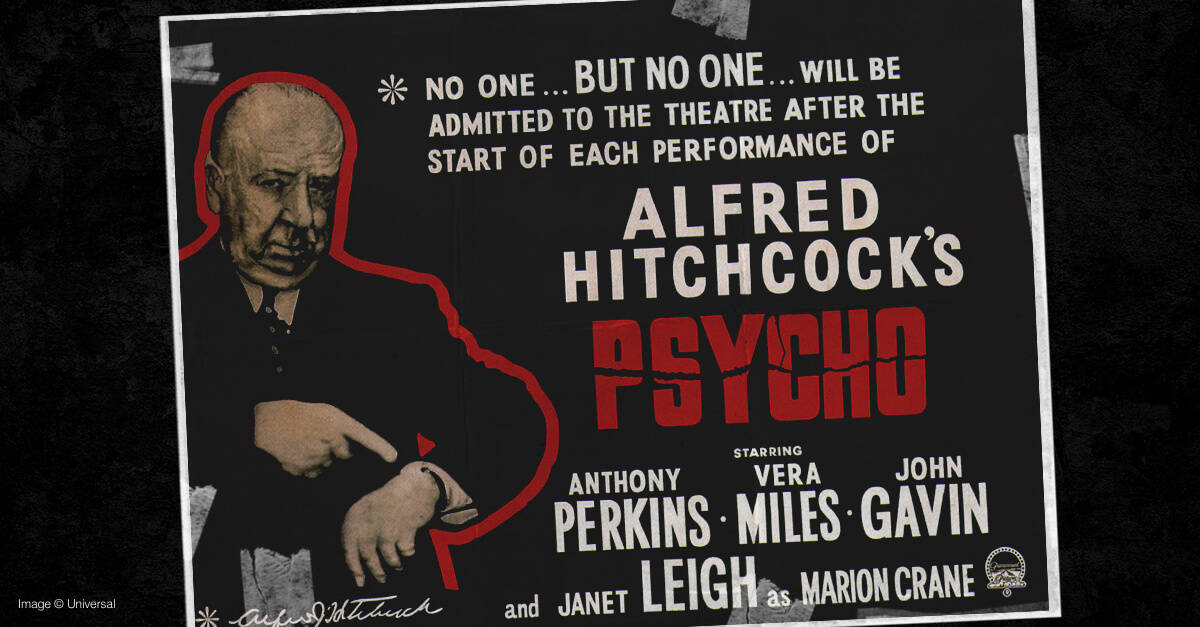 The primary medium for marketing movies, these days, is social media – with trailers for big movies being premiered, amid much fanfare, online. But, back in 1999, when ‘The Blair Witch Project’ was launched, using the internet to market movies was in its infancy.

What Artisan Entertainment – the scrappy little indie distributor which handled ‘Blair Witch’ – managed to achieve, rapidly became the stuff of Hollywood legend and is studied on Film Studies and on Marketing courses to this very day.

The film was shot in a week on a shoestring budget of $60,000. Because the film was so cheap, and the distribution company was so small, they had no money to do the standard Hollywood marketing blitz. And anyway, the film didn’t have any stars to ship round the chat-shows, so what were they to do?

They pretended it was a documentary. Since their actors weren’t famous, it was relatively easy to hide them away and pretend that they were missing, that they had, in actual fact, not survived making the film.

This suited the aesthetic of the film, which had been shot hand-held, in real locations. This made it seem disturbingly real. Much of the dialogue had been improvised by people who really did spend days camped out in the woods – so, a lot of the atmosphere and paranoia on show in the film is genuine.

Artisan capitalised on this by creating a website which dealt with the background of the story as though it were real. The website is still there, over 20 years later (although it uses Flash, which is no longer supported, so it’s days may be numbered).

Jessica Rovello was the director of online services at Artisan, at the time, and she still talks fondly about what a dream job marketing ‘The Blair Witch Project’ was.

The convincing ‘research’ on the website created a buzz of speculation about the film – about whether the people in it really were missing. This created the word-of-mouth that marketers dream about creating. Artisan fuelled the fire by plastering ‘Missing Persons’ posters all over university campuses and even at Cannes, where the film was premiering.

Rovello makes the point that, in these days of social media saturation, it wouldn’t be possible for actors to ‘disappear’ like that, nor would people fall for the ‘fake news’ on the website. But their innovative work was very much of its time. Now, there is a new virtual-reality game called Blair Witch Oculus Quest, which immerses you in the 360 degree world of the Blair Witch woods. That’s how you get people invested in your world in 2020. 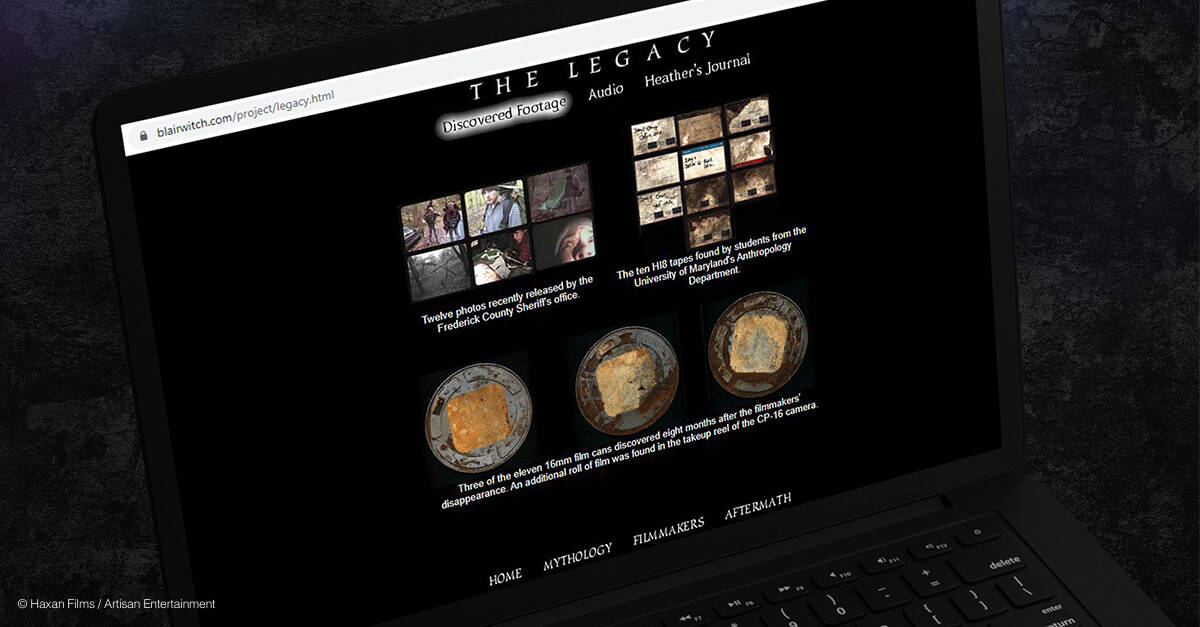 When he was promoting ‘Get Out’, Jordan Peele used social media to encourage people to photograph themselves restaging scenes from the film – which he shared to his following – or to create their own fan art based on the film which, again, he shared. This is the strength of social media – it  allows a connection between the producer and the consumer of a product, it also gives everyone the chance to be a celebrity for a moment. And, let’s be honest, everyone gets a thrill out of a celebrity liking or replying to a social media message.

So, blurring that line between the producer and the consumer (in a safe social media way rather than a creepy horror-movie kinda way) is a great way to encourage involvement with and investment in your marketing.

Hollywood has always been keen on test screenings of movies – to judge an audience’s reactions and adjust films accordingly. These screenings have always been secret. Now, however, it is almost as common to stage such screenings and invite the audience to share their thoughts on social media.