12 movies about business you must watch

“Everything I know about business, I learned at the movies” said nobody, ever. But the movies are full of great stories, about motivated individuals overcoming the odds to triumph – in business or in life. There’s a lot of inspiration to be taken from that!

Movies love a charming, charismatic villain – and successful business people fit that stereotype nicely. But, once you look past that stereotype, there are tips and tricks to pick up; lessons to be learned.

A lot of these films are morality tales – about the cost of big or unscrupulous businesses going wrong, flying out of control. That’s a lesson worth learning – and a trap worth avoiding.

The Wolf of Wall Street (2013), for example, shows the full, hedonistic horrors of America’s financial markets … But it doesn’t tell us anything new or useful about business. DiCaprio’s Jordan Belfort is reckless, immoral and entitled at the beginning, and remains so at the end. He learns nothing, so we can learn nothing from him.

There’s a reason Google decided (back in about 2001) to build its code of conduct around the simple phrase “Don’t be evil”. Some of these characters in some of these films are that reason.

But, at the same time, some of the team-building, problem-solving and gritty single-minded determination you’ll see in these films – that’s something any business-person would do well to learn from.

So, put your feet up, munch on some popcorn, fire up your DVD player or preferred streaming platform – and do some valuable work-related research. 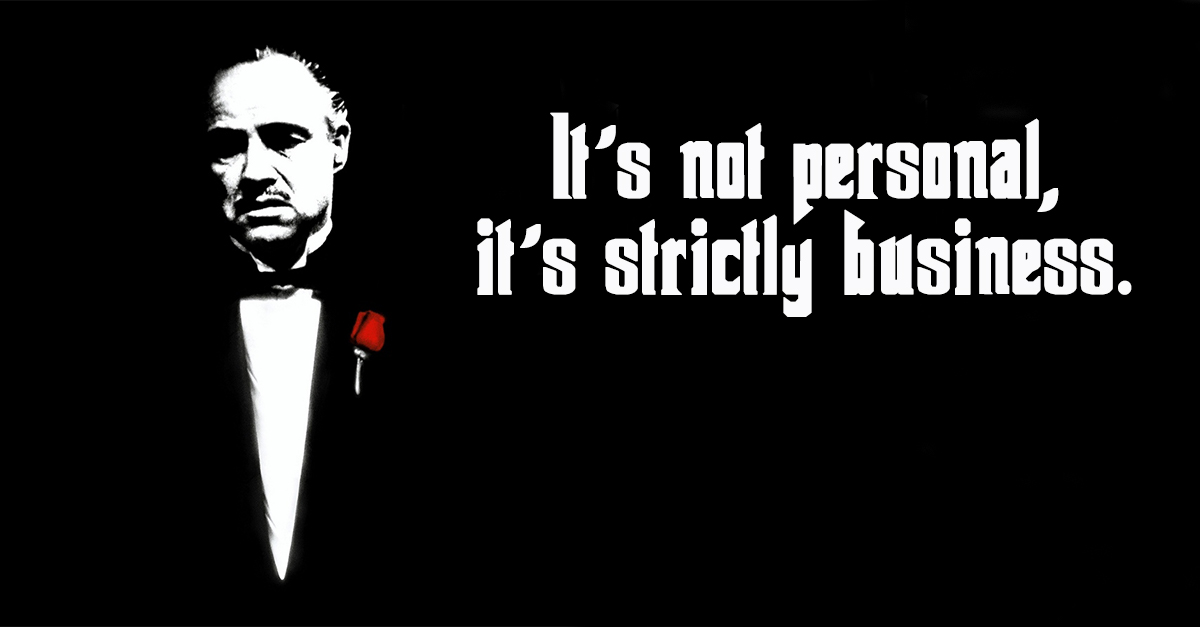 Working with your family can be a complicated thing. This film and its 1974 sequel are, rightly, celebrated as among the most brilliant movies ever made. But they also contain some profound and fundamental truths about how to run a successful business, as well as the pitfalls of delegation and the issues surrounding a change in management. 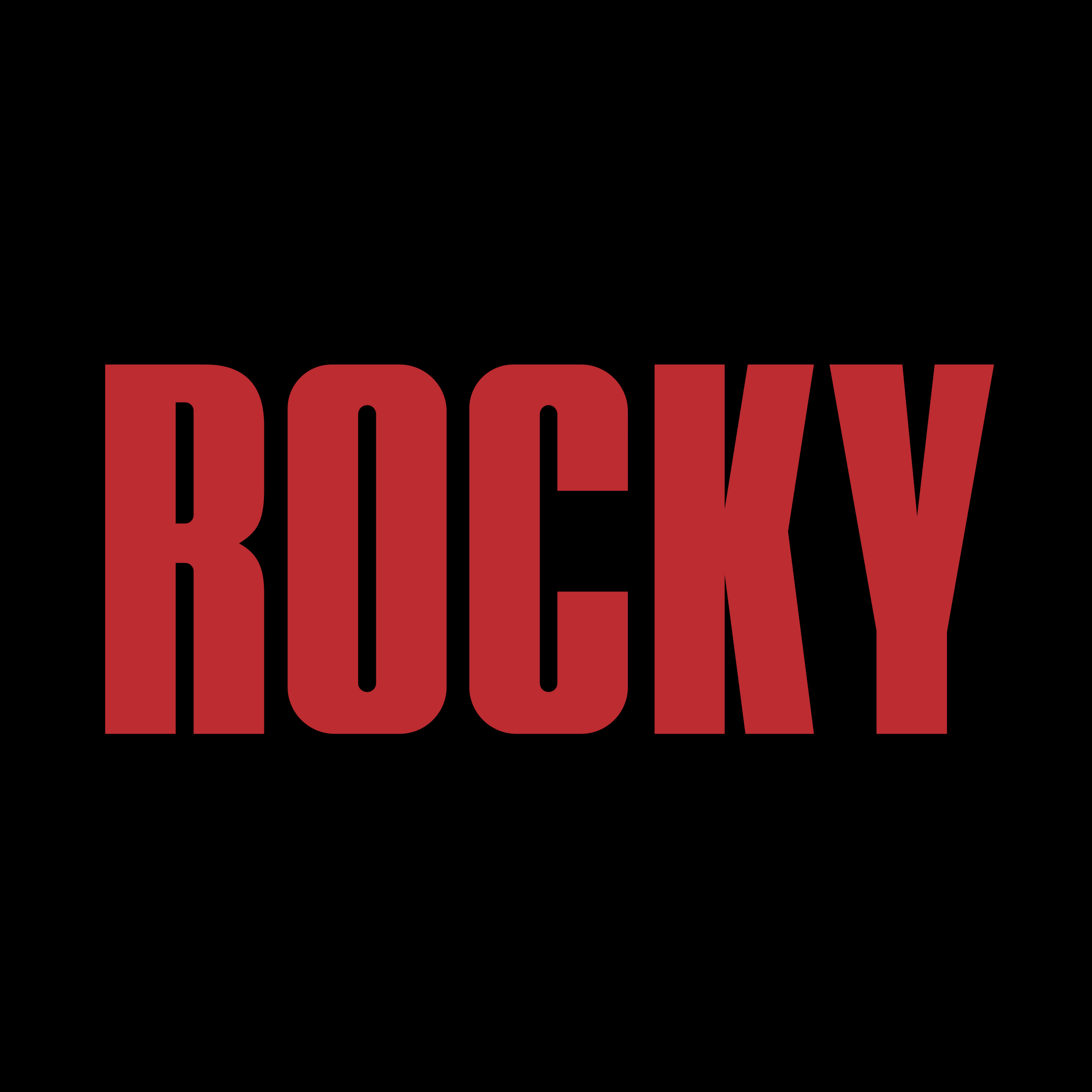 There’s a lot of inspiration to be taken from Rocky. Yes, it’s the story of a penniless bum who left it too late to take his shot at the big-time, but made it anyway. But, beyond the story of the film, there’s the story of Stallone, himself. People forget that he wrote the script back when he was that penniless bum. And he turned down a fortune for the script – because he insisted on playing the role himself. Everyone told him to take the money, but

In a world of crushing conformity and incompetent bureaucracy, it’s important to have ambitions, hopes and dreams. Break out of the cubicle everyone wants you to fit into, and fly free. Terry Gilliam’s bizarro fantasy was never really about the future – it was really an American’s response to the British ‘jobsworth’ mentality of the ’70s and ’80s.

Intended as a satirical takedown of an entire generation of financial speculators, the banking industry and the stock markets – this film really just introduced the world to a new mantra: “Greed is good” and persuaded stockbrokers that braces, also, were good.

The takeaway: Money earned is sweeter than money taken. 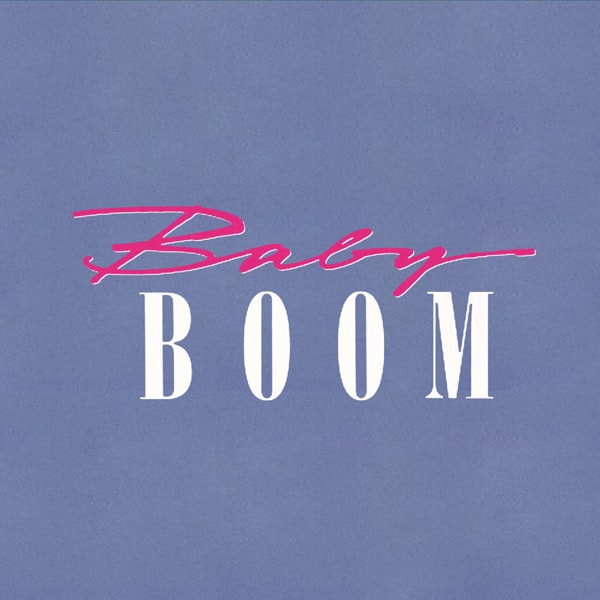 The flipside of the Wall Street coin is this Diane Keaton film. The ’80s were a time when women were (finally) making their way into corporate boardrooms – and dealing with the “why aren’t you at home raising children?” guilt-trip their male colleagues would be laying on them. In this case, of course, bringing up baby is the key to her happiness and, ironically, a whole new successful business outside of the corporate world.

The takeaway: Hollywood still had a long way to go in featuring empowered women – but it was a start.

You’ve seen the Alec Baldwin’s brass-balls clip. Probably in a sales meeting. That’s just one highlight in this brilliantly written and performed condemnation of immoral and ethics-free selling practices.

Anyone who has been part of, or worked with, a high-pressure sales team will understand this film, and the lengths motivated and targeted sales people can go to always be closing.

So, if you could just watch this film – which has spawned a million memes – that would be great. If you need a reminder of why you got out of the rat-race and started your own business – just watch this. You’ll never doubt your decision again.

And, for everyone else, it’s worth it for the scene where they take their temper out on the printer. This film is twenty years old now, and the technology has dated, but the soul-crushing conformity of working for a horrible boss, that hasn’t.

The takeaway: Cubicles can feel like battery cages – free-range staff are much happier.

Leonardo DiCaprio plays the con-man that even the Feds like. He’s endlessly flexible and he’s a great problem-solver. He does his research, puts in the hours, and relentlessly pursues his dream – just like every successful business-owner ever.

The takeaway: Bluffing can take you a long way. But not all the way. 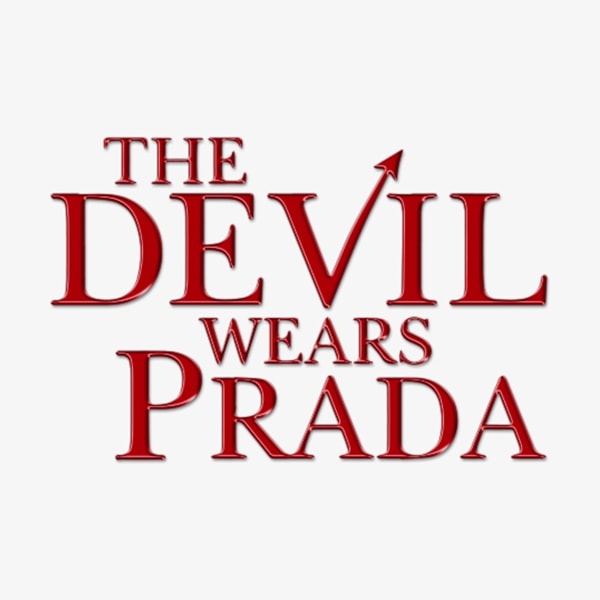 Meryl Streep would make a phenomenal fire-and-brimstone ‘devil’ but, here, she’s just a magazine editor accustomed to wielding God-like power in the fashion industry. Anne Hathaway is the devil’s disciple, who discovers that success in work doesn’t necessarily make you happy, if you’re working for the wrong person.

The takeaway: Learn from the best (what to do) and the worst (what not to do). 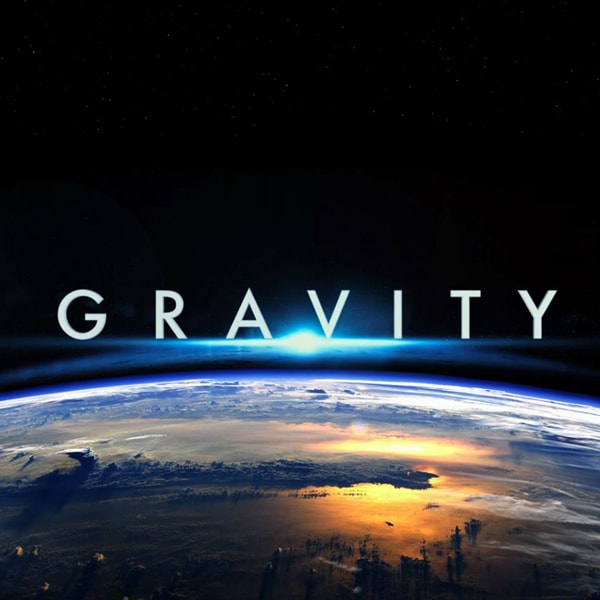 It’s rare for films about hardware to feature women in significant roles (the Alien films being honourable exceptions) but this one features Sandra Bullock and an awful lot of crashing spaceships. She understands the technology, just about manages to keep her head when there’s no-one else around to lose theirs, and hasn’t got an ounce of quit in her. Sounds like the perfect recipe for an entrepreneur!

The takeaway: Sisters can do it for themselves. But dreaming about George Clooney while they do it is perfectly understandable.

Think Wall Street was the ultimate warning about the dangers of unchecked financial speculation? Meet The Big Short. This film explains – in entertaining layman’s terms – just what happened in the years leading up to The Credit Crunch, The Global Financial Crisis, the bail-out of the banks and all that good stuff. It’s a playbook on how not to run a sustainable business.

This salutary tale of hype over reality has become something of an internet sensation. The internet can be seen as one big hype machine – but every business knows: even on the internet, you gotta deliver on your promises!

Bad guys might be able to manipulate social media to commit fraud, but their victims can also use it to expose the crime. There’s nowhere to hide on the internet. Not even on your own private island.

The trailer contains some colourful NSFW language. It can be pretty in tents!

The takeaway: Don’t over-promise and under-deliver.

All visionaries take their inspiration from somewhere – so, let us know which films lit the fire of ambition under you.

Which characters did you want to be – or avoid being?

Which fictional business made you think “Y’know… that could work”

Hit us up in the comments box below and let us know which films guided you in the path to success – then we’ll spread the word. Paying it forward, pays back in dividends.