Marketing Glastonbury – How do they get away with it?

Tickets cost around £250, this year, and you couldn’t just cough up the readies and go, oh no; you had to apply for permission to buy a ticket. If you were lucky enough to win that lottery, you had no idea what you were paying for. The identity of the acts performing was embargoed. And, what’s more, that huge expense only gets you a patch of land on which you pitch your own tent. If you want anything resembling modern conveniences, then you’re looking at paying the thick end of a grand for a tipi.

Then the whole event gets dozens of hours of free publicity on BBC TV and radio! How has this come about? How has Glastonbury Festival evolved to become an event which is so integral to English culture that a ‘fallow year’ (a year when they don’t bother) significantly impacts the summer economy?

How do they market something that is a secret, is expensive, is prone to terrible weather and, yet, is seemingly invulnerable to bad publicity? 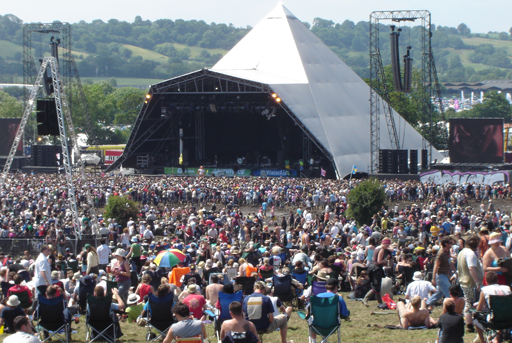 Glastonbury Tor was built so that ancient, primitive people could worship the old gods. Now it oversees a very different ceremony, where modern, sophisticated people can worship the new gods: Celebrities.

As society has become permanently turned-on and tuned-in, celebrities have become our constant companions – carried into our homes and hearts by screens of all kinds. Movie-stars and Influencers really only exist on those screens. We watch their adventures, without ever really expecting them to cross-over into the real world.

For musicians, however, the story is a bit different. As online streaming platforms have eaten into album and single sales, live performance has become the primary way that musicians make money. And going to a concert has, therefore, become a chance for the faithful to worship their gods in person, to be in the same space at the same time, breathing the same air, as it were. 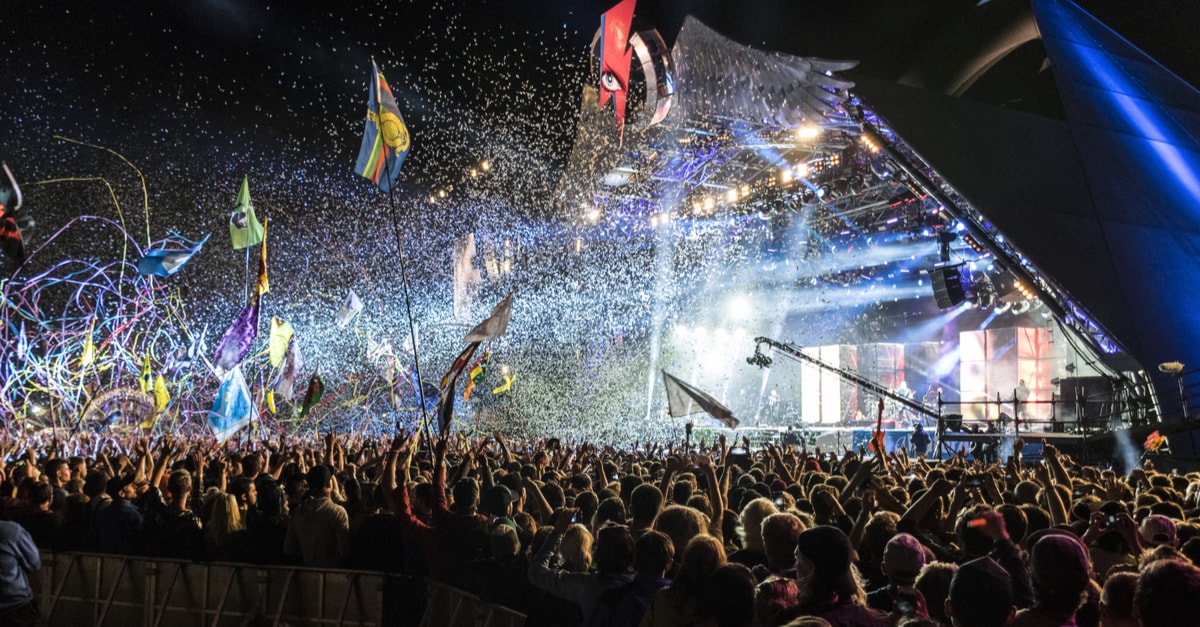 Somewhere behind all that ticker-tape, Muse are preaching to the converted, on the Pyramid Stage, in 2016

Back in the late sixties, in what we might call the morning after The Summer of Love, music festivals were a part of the ‘counterculture’. They were informal, poorly-organised, ramshackle affairs run by idealistic hippies with little notion of profit. That was a large part of their charm. Festivals were anti-establishment, rebellious, a rallying-point for the dreamers, the druggies and the disenfranchised and, as such, they were reviled by mainstream society. Glastonbury retains much of this image – even amongst those who have no knowledge of this period, and would be horrified to learn that their grandparents were those original hippies.

Nowadays, there is barely a summer weekend goes by, that doesn’t have a range of open-air events and full-on festivals. Going to those festivals has, progressively, become the province of well-off white people with a significant chunk of disposable income. They get to do the dreaming and the drug-taking, because they can afford the entry fee.

Festivals have changed from one-off events that attract a small but loyal crowd, to regular events that have swollen to encompass the populations of sizeable towns (and, in the case of Glasto, that’s 135,000 people spreading out over 700 acres). Meanwhile, the world’s great performers schedule their tours so they can make the most effective use of the summer festival circuit, as a live platform to promote their own brands.

And this has all happened because of the success of Glastonbury. 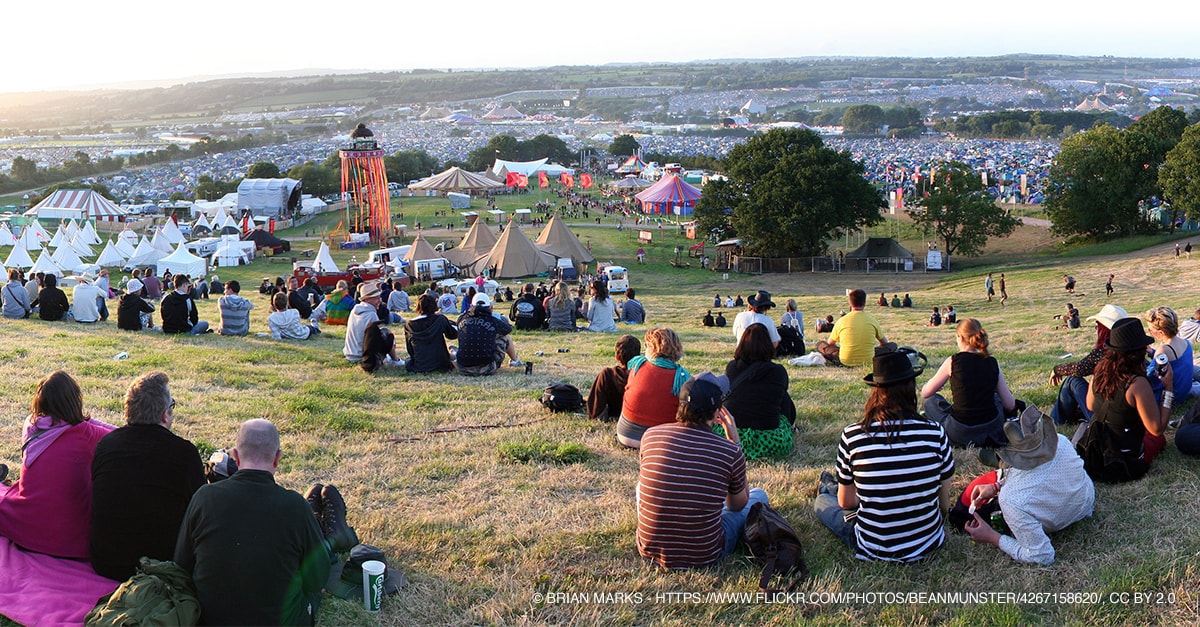 A significant part of the appeal (and success) of Glastonbury, has nothing to do with the big name artists on the main stage – it’s about the communities in the surrounding fields. It’s about The Experience!

Have any of your friends been to Glasto? You’ll know if they have – because they never stop going on about it! That’s the effect a transformative few days breathing in the Glastonbury air can have on a person – it gives them a hunger to participate in the most persuasive form of marketing there is: Word Of Mouth!

Instagram, Facebook, Twitter; these social platforms take your knee-jerk reaction, your instantaneous burst of enthusiasm, and broadcast it to the world, relatively unfiltered. It’s World Wide Word of Mouth – telling your friends and the friends of your friends about the amazing time you’ve had. Sharing your passion, like this, makes you an Influencer, spreading the good word on behalf of Glastonbury. You’re an unpaid member of their marketing team.

But, here’s the thing – as many event organisers have discovered – instant-response marketing can be a double-edged sword. (and, yes, organisers of the Fyre Festival, we do mean you). If your Customer Experience is poor, the customers will waste no time in telling the world.

Yet, Glastonbury seems to be immune to this. Every year the big question mark hovering over the event is the weather – will it be another miserable mud-bath? Every year, the people who live in the towns and villages around Glastonbury complain about the traffic, the crowds, the sheer noise. Every year, commentators criticise the choices of headline acts (this year’s triumvirate of The Killers, The Cure and Stormzy has, predictably, been heralded as the worst line-up, ever).

We’ll soon find-out if the people on the ground will have the same negative reactions to this. But experience suggests they won’t. Ten years ago, the wires were aglow with criticism of Jay-Z being chosen for the headline spot. Noel Gallagher fuelled this by publicly denouncing the choice. On the night, Jay-Z wove videos of Gallagher’s criticism into his set, and won over the crowd.

It’s all part of the theatre of events management. 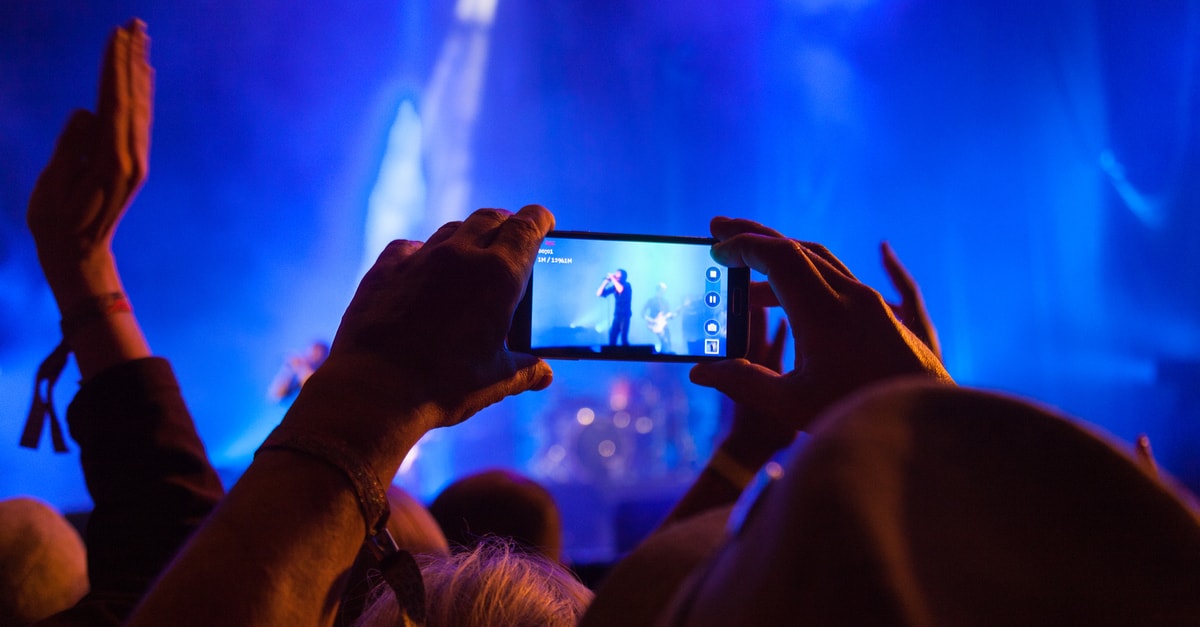 Glasto thrives because it has embraced new technology, new social media platforms and its marketing now relies upon this.

The fact that Glasto is a family-run concern (initially fronted by the land-owner Michael Eavis and now handed-over to his daughter, Emily) encourages the media to portray this as a little cottage industry, very British in its eccentricity. But, of course, Glastonbury Festivals Ltd is an impressive and professional organisation, which punches way above its weight in the music industry. Ms. Eavis has the numbers of all the major booking agents out there, and they will take her call when she rings.

In truth, the Eavis’ make millions from the event. It is, undeniably, a very successful business, yet no-one really think of it as even being a business. There is no doubt, it is a benevolent business. They donate massive sums to charity, and they are indirectly responsible for tens of millions being spent in the local Somerset area so, for all their understandable complaints about the noise and traffic, the locals do benefit from the festival.

Glasto’s careful approach to corporate sponsorship has also helped it avoid criticism. They take great care over their reputation, as any savvy brand must. Which is why this avoidance of commercialisation is widely adopted throughout the industry. It was entirely possible to think that the V Festival and T in the Park, for example, weren’t run by corporations at all (they were: Virgin and Tennents, respectively).

It was revealed back in 2017, that Glasto pays the headline acts peanuts, compared to other such events. International superstars can expect to be paid in the millions for a festival appearance, but taking the Glasto stage will earn them about £200k. That’ll hardly cover the drinks tabs for some bands.

So, why do they do it? Because Glastonbury’s reputation is, seemingly, untarnishable. It was a pioneer of the festival experience, but it has changed beyond recognition over the decades. Back in the eighties, you could climb over a chicken-wire fence and sneak in. This led to overcrowding and serious safety issues. It also meant that the event wasn’t making a sustainable profit.

Glastonbury evolved. Stronger fences went up. The gates were controlled to keep the numbers manageable. Live TV coverage began in 1994 (initially on Channel 4). The prices went up. Online ticket-sales revolutionised the event (it took months to sell-out in 2002 … Less than 24 hours in 2003).

Some things haven’t changed, though. The Eavis’ environmental and political concerns are still shot through their festival (they put the Labour leader Jeremy Corbyn on stage in 2017; they banned plastic bottles outright in 2019). This helps maintain the impression that Glasto is a benevolent event. Therefore, the kids who go to slop around in the mud, or bake in the sun, can do so with a clear conscience.

The secret to Glastonbury Festival’s success is that it listens to its customers – and critics – and responds. However rarefied the atmosphere, however incendiary the egos of the celebrity gods, however drunk and disorderly the congregation … The organisers of Glastonbury never forget that the customer experience is all that matters. This knowledge keeps their feet firmly on the ground. 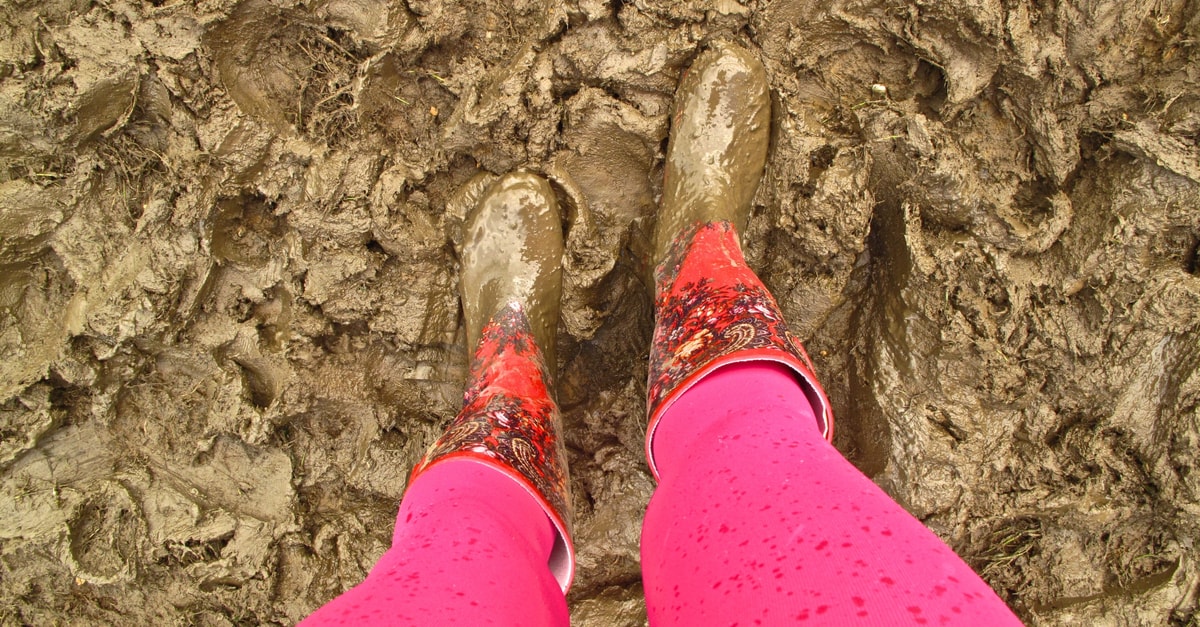 Welcome to the foot of the page.