Innocent Drinks rebrand: How can something so wrong be so right?

You don’t have to wade very far into the shallow end of the internet to encounter blog posts about when a rebrand goes wrong.

A perfect example of this is the post-millennial rebrand of  The Royal Mail as ‘Consignia’. As Keith Wells of the design consultants, Dragon Brands explains, the mission was to take an old-fashioned and very British sounding institution and make it fit for a new millennium.

Turns out we like our institutions old fashioned and very British. Apparently, the short-lived rebrand cost the taxpayer £2 million and cost John Roberts, the SEO of Royal Mail, his job, before being consignia’d to the dustbin of history.

Slightly more recently, the American clothing chain GAP successfully managed to spend far more for far less. In 2010, GAP spent no less than $100 million on its rebrand, replacing its very-90s, but very-recognisable logo with a bland, uninspiring new logo which they withdrew after just six days. 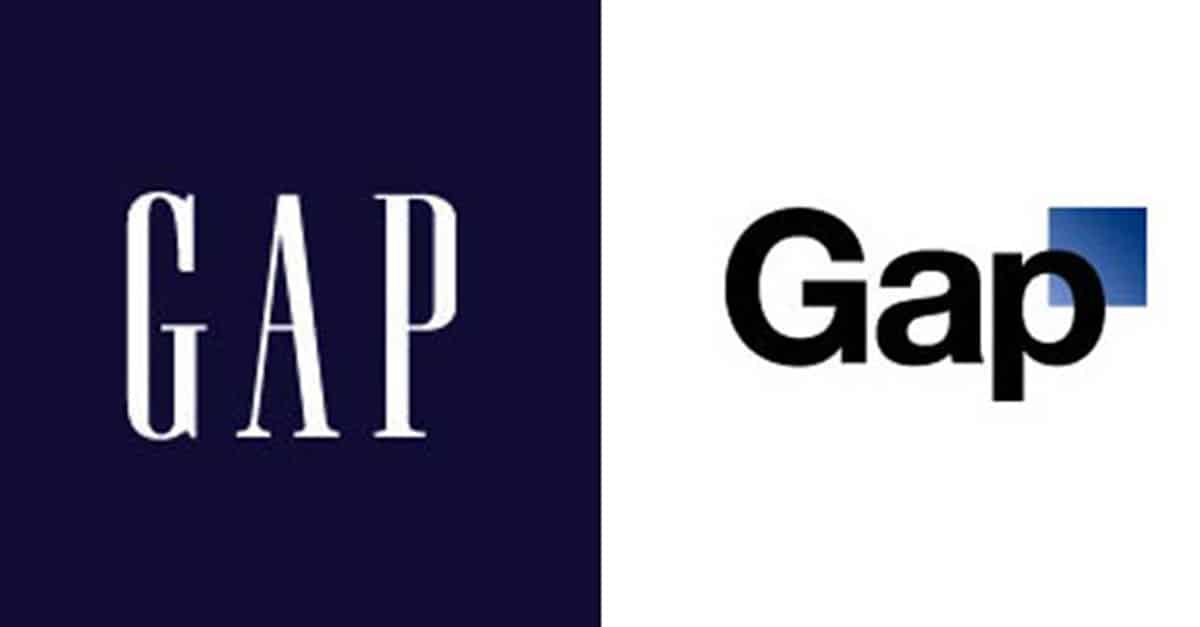 GAP’s first thought (before pulling the plug) was to attempt to crowdsource a solution by a“Send us your new logo” sort of thing.

Unfortunately, this opened the floodgates to graphic designers’ wicked sense of humour and the quick reinstatement of the old logo.

Which brings us to 2020 and Innocent Drinks’ recent rebrand.

Innocent Drinks is a company which has always valued the input of its customers. It was founded, back in 1998, by three friends who worked in advertising (ahh, you see, everything becomes clear). They created their own smoothie recipes and sold their drinks from a stall at a music festival. They asked customers to put their empty bottles in ‘Yes / No’ bins – Yes, they should give up their day jobs and do this full time, or no they shouldn’t. This was brilliant market research and a cracking way to encourage recycling.

Needless to say, the response was overwhelming ‘yes’.

In 2004, they set up The Innocent Foundation, which – even though the company is now 90% owned by Coca-Cola – still sees 10% of its profits go to charities combating hunger. As they make clear, here, they’ve donated a total in excess of £14 million to that end.

One of the pioneering ways they managed to combine their passion for involving their customers and their mission to do good – was the Innocent Big Knit – in which they asked people to knit small hats to put on their smoothie bottles. For each behatted bottle they sold, they donated 25p to Age UK to help older people during the winter months.

But, Innocent is careful not to strike a holier-than-thou pose with this, so its marketing remains light-hearted and mischievous.

Take, for example, their 2019 release of a blue drink. They cleverly decided to parody the way brands use arbitrary celebrity endorsements to create the illusion of validity for their products. “The drink is blue,” they thought, “so, let’s get someone from that boy band, Blue.”

This campaign beautifully parodies the embarrassing and unconvincing celebrity-led campaigns that lazy marketing companies have been selling to their clients for decades. It also demonstrates that Duncan from Blue has a sense of humour about himself!

So, for a company with this much marketing nous, it was no surprise that they were not going to produce a textbook rebrand.

It all began on the 11th of March with social media posts introducing their followers to the rebrand of their bottle labels. The designs were, it’s fair to say, lame. Then, and this was the stroke of genius, within the hour, they put out a second post saying they’d received such negative feedback that they’d changed the rebrand:

This put them on a trajectory of ten rebrands in as many hours, each one seemingly more desperate than the one before:

The one key ingredient that was common to all these posts was the phrase ‘More vitamins’. Everything else changed, but that key phrase didn’t. This was a brilliant way of ensuring that everyone got the message that, no matter what was going on outside the bottle, there were more vitamins inside.

In order to make this happen, they’d clearly given their design team carte blanche to exorcise all their demons, by putting together the worst, most garish and inappropriate designs of their careers. But, when the campaign was launched, their social media teams were on the ball (as, to be fair, they usually are) with witty replies to the comments they received. This was consistent with their habit of listening to and engaging with their customers, but having some fun with it at the same time.

My favourite response came when they summed the whole campaign up with a video (which you can see, below); someone commented that they needed more Comic Sans, to which their reply was:

[throws laptop out of window]

More vitamins than you can shake a stick at.
More label redesigns than we know what to do with.
And just three months later than we originally planned.

That, ladies and gents, is how you do a rebrand and an anti-rebrand at the same time.

Innocent understands that people are savvy to the tactics marketers have been using for decades. They also understand that those tactics work. So, using razor-sharp postmodern irony, they rebranded their products in a way that is fun and which, importantly, flatters their customers by crediting them with enough intelligence to understand what is really going on.

That’s standard operating procedure on Innocent Drinks’ social media feeds – pop over there and join in the fun.

And, while you’re about it, why not drop a line to us on Facebook or Twitter and tell us your favourite self-aware ad campaign.