Is this the end for physical media?

Last year, Samsung announced that it was no longer going to be producing Blu-Ray players. Earlier this year, Disney said (then promptly denied) that it was going to stop releasing its films on Ultra High Def 4K discs. If Disney does this, it won’t be long before the other studios follow.

So, is physical media an endangered species? 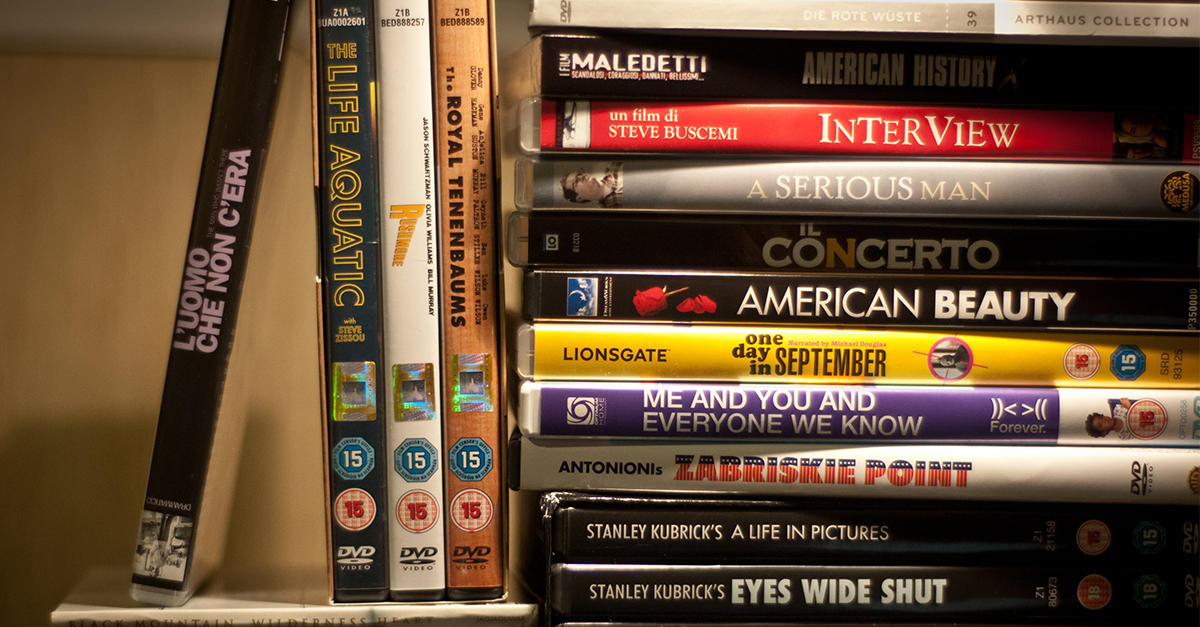 Confessions of a physical media junkie

Once upon a time, the life of the movie junkie was all about being patient. If you wanted to watch an old film you had to wait for it to turn up on TV. Purists, who insisted on seeing their films projected on the big screen, had to form clubs that could hire 16mm prints of films.

The rise of the Video Home System – known to one and all as the VHS tape – back in the early 80s, gave fans the ability to rent a film from a library for as little as a quid, take it home and watch it whenever they wanted. It was a revolution. This developed into the ‘sell-through’ market, which produced tapes cheaply enough that people could buy films for £10 – £15 and own them forever.

That was when my addiction began. Over the years 1982 to 1998, I dread to think how many tapes I bought. What happened in 1998? Oh, I started buying the films all over again in the shiny new DVD format!

Then Blu-Ray came along, but I dug my heels in. That was it, I was on the wagon. I wasn’t going to buy all my films for the third time. And, for anyone who believes that I have a load of second-hand DVDs to sell them.

The thing is, in the 21st century, one doesn’t have to keep buying upgrades to keep up with the new standard. All you need is a few subscriptions to the streaming platforms and your movies (and TV shows) are there at the click of a button, all in high definition and, generally, without adverts.

The days when you had to be patient are so far gone.

Any music lover will be able to tell you a similar story starting with vinyl albums, migrating to CDs and then upgrading to digitally remastered CDs. All of that has been swept away by streaming apps you can carry in your phone.

The pros of streaming

The most prominent streamers are, of course, Netflix and Amazon Prime, but Apple TV+ and Disney+ have been snapping at their heels for the last year. And, let us not forget, we in the UK also have Sky’s Now TV and the BBC’s iPlayer, among several others.

You don’t have to pay each time you buy or rent an individual film, you pay a monthly subscription and you can watch as much as you like, as often as you like. Disney claims that its new streaming platform offers 500 movies that you can’t see anywhere else and over 7,000 TV programmes – all for £5.99 a month. To give that some context, Netflix UK carries more than 4,500 films and 2,400 different series, with subscription between £5.99 and £11.99.

One Blu-Ray disc will typically cost you £15 when it’s new. So, that means Disney+ and Netflix together can cost less than a single Blu-Ray. If you subscribe to Amazon Prime in order to get the free next-day delivery, you get up to 20,000 movies and shows as, essentially, a freebie added extra.

And, of course, all of the above is also true for music consumption, since you can also subscribe to pretty much the entire history of recorded music via platforms such as Spotify, Apple Music, YouTube, Deezer, Tidal, BBC Sounds and, inevitably, Amazon Music – to name but a few. 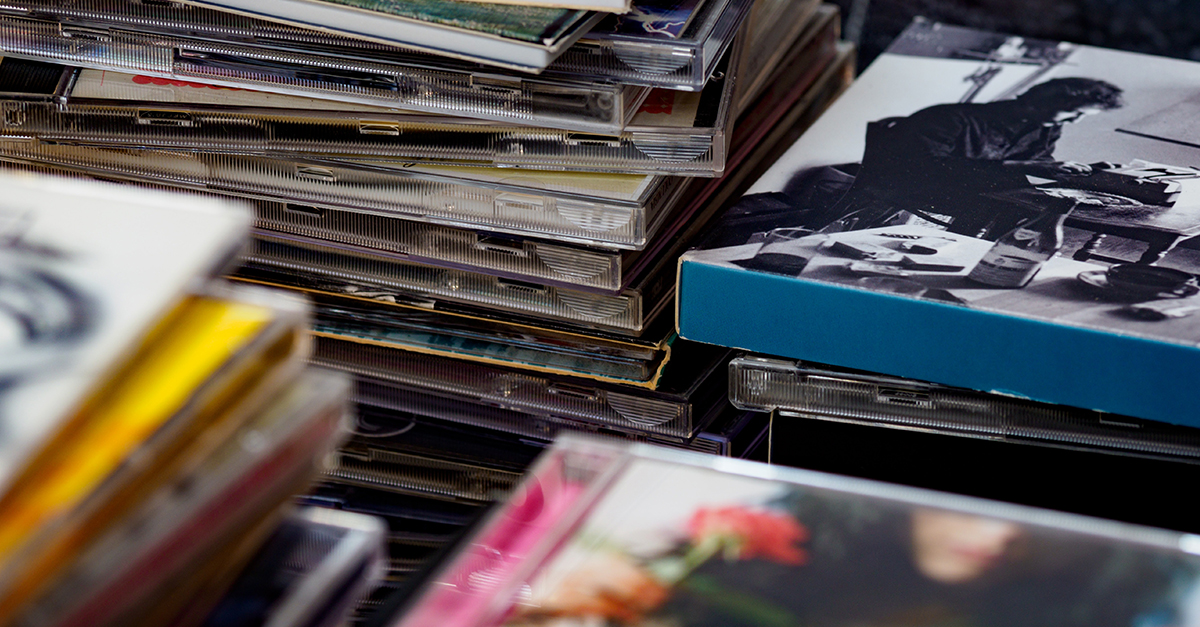 The cons of streaming

It’s entirely possible that your favourite film may disappear from your favourite platform. This can happen because the streamers are always adjusting their offerings. It can also happen because of some corporate takeover in Hollywood (see what is happening to Fox films now Disney has bought the company) or the contract to show something may come to an end and be bought by a different supplier. But, if you have the disc on your shelf at home, they can’t come along and delete it. Not yet, anyway.

I love me some extras. Give me a ‘making of’ featurette or a director commentary and I’m in movie-nut heaven. I love finding out how the effects were achieved and what the writers meant by such-and-such a line. This ‘behind the scenes’ content is the only opportunity for the people who work literally behind the camera to get in front of the lens to talk about what they do. This is inspiring stuff for anyone who has dreams of working in the movies but isn’t an actor or a director. We get little or none of this through streaming services.

People love packaging. There are extravagant collectors’ editions out there, such as the Alien films housed inside an alien head (not a real one). There was a set of Universal horror movies which was boxed in a coffin. The Blu-Ray of Inception was released in a metal briefcase – like the one the film’s ‘PASIV’ dream machine is carried in. But, even the normal will-actually-fit-on-your-shelf editions of films can include reversible sleeves with special artwork, postcards, posters, booklets with rare photos and info about the film. Meanwhile, steel book editions (the same film but encased in a metal tin) are sought after and snapped-up by collectors. There is a real market out there for people who love films to come with imaginative and well-designed packaging.

None of that is needed when you stream a film.

So, is this the end for physical media?

No, of course not. Ten years ago, vinyl was a best-forgotten embarrassment from a distant past and yet, today, cash-rich Hipsters and audiophiles can now buy the latest releases on vinyl and pay more for it than the CD version. Vinyl has seen a remarkable sales increase of 1,500% since 2007. This is because fashion is a fickle mistress. Movies on disc and tape might be out of favour this year, but that will not always be the case.

Plus, there will always be those wilful people who prefer outdated and inconvenient media. So, whilst the film distributors might be throttling back on producing physical media, a secondary market has changed into high gear, with companies producing special editions of films, all weighed-down with hours of extras. Check out Criterion, Arrow or Eureka to name but three examples.

There is also an argument that physical discs will become collectors’ items, once they become rare. So, instead of taking all your discs down to the charity shop or car-boot sale, maybe you should be treasuring them as an investment for the future.

What will the next evolution of film distribution be? Who can tell? Maybe it’ll be to have little USB slots implanted in the backs of our necks, so we can wirelessly download films straight into our brain.

As for me, by the time it comes to that stage, I’ll be wearing a tinfoil fedora, sitting in my video-cassette fort, shouting abuse at my AI toaster and watching my movies on a black and white portable held together with duct tape.

What about you, do you welcome the age of stream with joy unrestrained, or do you also like to get physical (media)? Come find us on social media and have your say.